Sounds travel fast, cross national and cultural boundaries constantly, and feed on cultural exchange in a variety of ways. This volume, the second in the series, explores music's impact on identity politics within the Americas and beyond, its interconnectedness to the emergence of fluid new ethnicities in urban contexts, and its historical links to processes of intercultural exchange. One major focus is on the ethnic impact of U.S. popular music with a specific emphasis on Latino/a influences both on music within the United States and on the migration of sounds and music genres across national boundaries. This collection of essays aims at differentiating and rewriting existing histories of the emergence of U.S. popular music, which focus primarily on intercultural exchange between European and African as well as African American forms, by exploring the yet unrecognized Latino/a influences. At the same time, the compilation counters concepts of so-called world music, a label often used to homogenize fusion forms of music in times of globalization, by emphasizing elements of ethnic as well as aesthetic difference in U.S. popular music and its global and local variations.

Copublished by WVT Wissenschaftlicher Verlag Trier and Bilingual Review Press in collaboration with the Inernational Association of Inter-American Studies, this interdisciplinary series creates a forum for a critical academic dialogue between North and South on the cultures, societies, and histories of the Americas, promoting an inter-American paradigm that shifts the scholarly focus from methodological nationalism to the wider context of the Western Hemisphere. 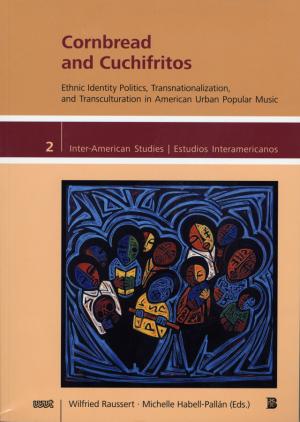