Part of the Canto Cosas series.

In Long Distance, the fourth title in the Canto Cosas series, Steven Cordova vividly portrays the life of a young gay man living in New York—in this case, a man who has tested positive for HIV. The poet uses ironic humor to dissolve the figurative ghetto associated with the subject and to describe a general human condition in which those who survive pick up the pieces and continue their search for harmony. Long Distance is the poet’s first book-length collection.

“Long Distance is a finely crafted collection of poems, and a gorgeous and fearless debut of a book.” —Lambda Literary

"Steven Cordova writes about AIDS in a unique and enlightening manner. His mastery of the poetic voice allows him to ascend beyond the sobering fact of diagnosis until brutal honesty becomes a metaphor for survival and redemption. His poems are an entrée into worlds where there are no victims but rather spirits whose inner strength is heightened with each passing day. This is a marvelous book that calls the reader back, time and time again." —Michael G. Cornelius, Bloomsbury Review

"One of the most enjoyable books of the year is Steven Cordova's Long Distance. The poems possess the graceful conviction to evaporate as you read them - there's rarely a desperate transition or forced leap in their trajectories. . . .  One of the most intriguing aspects of the book is Cordova's well-tempered, necessary re-envisioning of AIDS as the aggressively banal." —Steve Fellner, Pansy Poetics

"Those who have wondered how to write about AIDS now that it is a treatable disease need only turn to Steven Cordova’s smart, funny, and haunted poems in which present and past, survival and cessation, churn in a sometimes dizzying fugue of language. These are poems that will stay with you. For the poems of a survivor are meant to survive the moment of their reading, which is to say, they are here forever." —David Bergman, author of Heroic Measures

"Cordova’s poems are infused with a tender starkness and romantic honesty that is at once comforting and jarring. He gets every emotional nuance of gay culture just right, moving me to see powerful dimensions of gay life that I had never fully recognized or admitted even to myself." —Richard Blanco, author of Directions to the Beach of the Dead

Funded in part by grants from the National Endowment for the Arts and the Arizona Commission on the Arts, this series is designed to give further exposure to poets who have achieved a significant level of critical recognition through individual chapbooks and publication in periodicals or anthologies or both, but who have not yet had their own books of poetry published. Under the watchful eye of series editor and award-winning poet Francisco Aragón, the books in Canto Cosas alternate between the experimental and the traditional. There are no necessary restrictions on ethnicity, nationality, philosophy, ideology, or language; we will simply continue our commitment to producing high-quality poetry. Our goal is to make the work of these poets accessible to a wider readership of critics and poetry buffs alike. 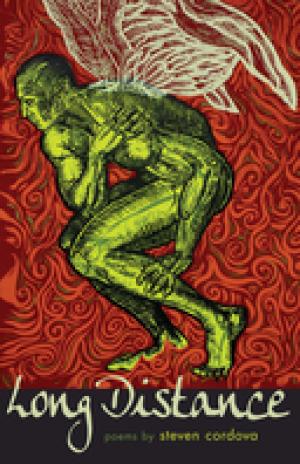 Steven Cordova penned the chapbook Slow Dissolve (Momotombo Press, 2003). He has published poems in a variety of publications, including Barrow Street, Callaloo, The Journal, and Northwest Review, as well as in the online journals La Petite Zine, The Cortland Review, and the Poetry Foundation website. His work also appeared in the anthology Ravishing DisUnities: Real Ghazals in English(Wesleyan University Press, 2000). Cordova holds a degree from the University of Texas at Austin and lives and works in New York City.