An Illustrated Trilingual Edition with Commentary and Musical Interpretation

The German-American artist Winold Reiss (1886-1953)--painter, designer, teacher--has been characterized as "a modern Cellini," defying instant categorization and labels. To this day, he remains something of an enigma to art critics. Winold Reiss stands at the beginning of a new American Modernism approach to depicting the vitality of African American culture. In 1920, while struggling through a creative and personal crisis, he went on a two-month-long trip through Mexico. His diary offers a unique glimpse into the artist's mind and heart. Reading it in conjunction with his drawings helps us better understand the function of Mexican art, folklore, religiosity and the history of mestizaje in the context of the stylizations of the cultural space which James Weldon Johnson called "Black Manhattan."

The Mexico Diary makes Reiss's text available in the original German as well as in English and Spanish translations and interlinks it with his sketches and paintings. The book also features an audo CD with key parts of the diary set to music and performed by Jens Barnieck and Frank Mehring. 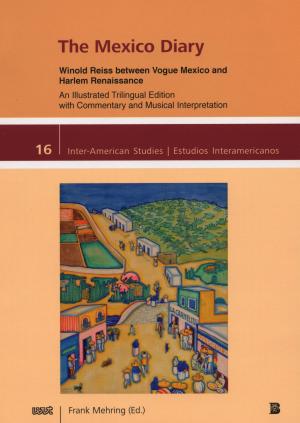