Subtitle:
A Selection on Gender, Genre, and Coloniality in the Americas
Description:

Occidental Readings, Decolonial Practices seeks to bring into dialogue a decolonial inter-American approach with an intersectional gender perspective. Drawing on a long legacy of images and discourses of colonization as en-gendering, this study examines the essays of Argentine author Victoria Ocampo, Mexican painter Frida Kahlo’s painted Diary and Guatemalan human rights activist Rigoberta Menchú’s Testimonio. Against the backdrop of the Occidentalist reception of the three authors’ interventions, the analysis focuses on the entanglement of en-gendering, racialization and coloniality and of ›categories of difference‹ such as race, class and gender, along with the transnational power dynamics these examples reveal. The book also suggests new units of analysis with regard to interactions between different social positions and geopolitical locations, aiming for a transterritorial understanding of the Americas. Finally, tying back these findings to recent examples and current debates from the German context, this study suggests possible strategies for decolonizing occidental archives, museums, and national frames of analysis, asking what it requires to reverse the perspective on similarities and differences, interdependencies and processes of translation.

"Julia Roth’s selection of three women of different social strata and ethnic configurations from Argentina, Mexico and Guatemala deserves to be praised in itself. But that is not all. Roth convincingly shows that the effects of patriarchy and racism are felt across social strata and ethnic communities. Patriarchy and racism are the two pillars of Eurocentrism, which Roth approaches in its more encompassing frame: Occidentalism. She argues that the works of Ocampo, Kahlo and Menchú have been interpreted so far within the Eurocentered/Occidentalist mode that the three of them contested. Roth’s task is to offer a decolonial reading of their work, which means also to decolonize most of the existing scholarship. By so doing, Roth delinks herself from Eurocentrism/Occidentalism and joins the struggle Ocampo, Kahlo and Menchú engaged in." —Walter D. Mignolo, William H. Wannamaker Professor of Literature, Duke University 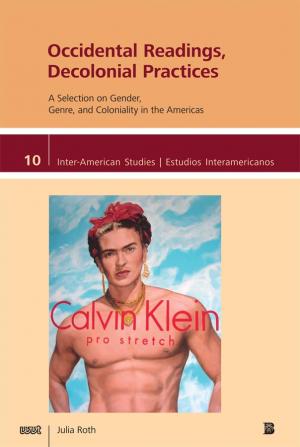