Politics of Entanglement in the Americas

The Americas manifest a long history of (often forced) entanglements that resulted—amongst others—in migration processes, uneven economic structures, transnational networks of individuals, and political institutions of colonialist origin. This diachronic dimension is profoundly infused with the persistent inequalities shaped by coloniality. Indigenous movements in the Andean region have framed their demands in a narration of anti-colonial resistance since the times of the Conquest, a narration that opens up perspectives towards new political projects, as can be seen in the debate on the alternative cosmovision of Buen Vivir. In the United States, African American endeavors like the Civil Rights movement and the Black Power movement created inter-American networks in order to encourage and enforce historically informed race consciousness in politics.

This volume convenes scholars from various disciplines of the humanities who analyze processes and politics of entanglement in the American subcontinents from different perspectives on transnationality and, by doing so, challenge the ‘traditional’ divide between North American and Latin American Studies. The contributions focus upon transnational flows and actors in the Americas as well as upon local manifestations of transnational political networks. While centering their analysis on the 20th century, the authors are aware of the historical conditionality of the explored and examined processes and developments. Based upon empirical research, they highlight the necessity for profound conceptual reconsiderations in area studies. 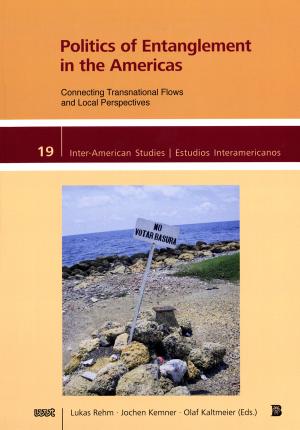