Contemporary American literature engages with multiple transformations of fictional characters who navigate realms such as age, nation, ethnicity, culture(s), religion(s), and generation(s). This book analyzes eight novels by young female writers in which the protagonists confront the task of charting their place in the world and of dealing with their “emerging adulthood,” a phenomenon that has been studied in the developmental sciences since the beginning of the 21st century. Combining emerging adulthood with other aspects of diversity, this book offers an inclusive perspective for approaching literary engagements with identity and difference that reveals connections beyond common categorizations such as race or ethnicity.

Saskia Hertlein brilliantly incorporates contemporary developmental psychology studies related to the notion of “emerging adulthood” in the hermeneutics of literary works featuring young protagonists between eighteen and thirty years of age who are charting their life’s journeys during this difficult transitional and transformative period. Skillfully analyzing young literary personages in eight novels, Hertlein compares the psychological nuances extant in the fictional narratives with those described in the scientific literature with respect to how emerging adults navigate these tumultuous years. This landmark study aptly makes use of science and literature to shed light on the human condition during a most important stage of psychological development. —María Herrera-Sobek, University of California at Santa Barbara 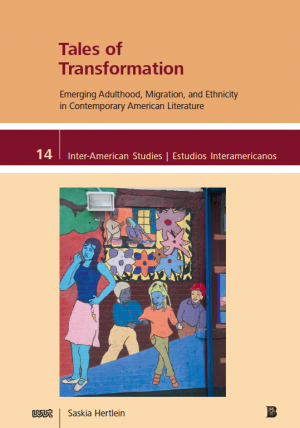